Happy New Year! It’s officially 2019! I’m guessing we’re all in the same boat of struggling a bit to get back into normal routine after the holiday period, right?!

This month we check out JoJo’s re-recorded tunes, a funny woman’s book, Crazy Rich Asians-inspired travel and the newest musical on the cinema block. Music: JoJo
I remember being in my pre-teen years and listening to a up-and-coming singer, JoJo with the release of Leave (Get Out)– she took the music world by storm and was only a teen herself. Now more than a decade later, she has re-recorded and re-released her first two albums for her loyal fans. After the release, JoJo posted an emotional message on Instagram saying “This is for my day 1s. This is for the amazing creatives who shaped these songs with me and this is for me.”Can’t wait for her new music this year! Travel: Singapore
The island in Southeast Asia has always sat pretty on my travel bucket list (it’s a long list) but after seeing Crazy Rich Asians(and reading the book), Singapore is making its way further to the top! I’m not surprised to read that Singapore tourism has boosted since the film, as the team shows it off in such a magical way including the Gardens by the Bay, the famous Hawker centres and the ridiculous-looking Marina Bay Sands centre. Book: Celeste Barber – Challenge Accepted!
If you aren’t already following Celeste Barber on Instagram – you are seriously missing out! Celeste takes on perfect-looking celebrities instagram photos and creates her own version of it – but hers is the real, non-photoshopped (etc) deal, it’s hilarious! Now the comedian is giving followers a deeper look into her life, her journey pre-Instagram and all of the high’s and low’s in between. Challenge Accepted! is an honest, raw and relatable read that should definitely be on your To-Read list for 2019. Film: Mary Poppins Returns
It was just this time last year that audiences were rejoicing to the musical tunes of The Greatest Showman and now another musical classic has stormed into cinemas. Disney’s Mary Poppins Returnsbrings Emily Blunt to the big screen in the iconic Mary Poppins role with Lin-Manuel Miranda, Meryl Streep and Colin Firth. This Disney flick has been called a ‘very worthy follow-up to the original movie’with positive comments about Emily’s portrayal of Poppins. 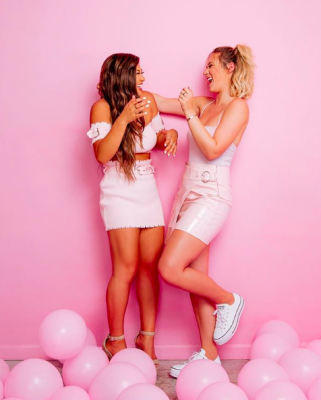 Playlist: A couple of podcasts I’ve been listening to…
* Pretty Basic (by Remi Cruz and Alisha Marie) – this is my current fave!

* Anna Faris is Unqualified
* Armchair Expert with Dax Shepard (as recommended from Ellen!)