“Do we really need another remake of A Star Is Born?” I pondered hours before the New Zealand premiere held last Wednesday evening, a week before the film finally premieres in our side of the world. This is the fourth retelling of this tale so I was incredibly curious as to what made this so special that it had to be retold every few years. The original version first came our in 1937, then in 1954 with Judy Garland, and again in 1976 with Barbra Streisand. 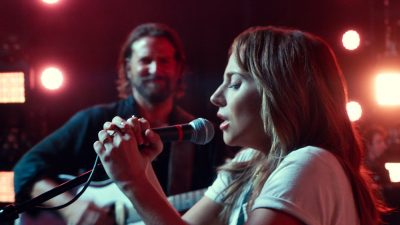 What was it about this film, then? Are we really that lazy to come up with ‘original’ storylines and are we doomed to spend our days watching remake after remake in film and TV? Yeah, maybe. But do ‘original’ ideas even exist? Or do we just go down the same creative paths over and over again, offering a new perspective each time our stories are told?

Not that I’m complaining. I’m a sucker for these plotlines! Give me a story with fallen stars and undiscovered artists any day. I don’t know why I like this so much. Is it because I’m fascinated by this glamorous world as an aspiring actress myself? Is it because I really like seeing two attractive, heterosexual, caucasians fall in love on screen? Again, I don’t know.

All I know is that even though we’ve been down the same road before, I still found myself getting giddy at the inevitable meet cute between Bradley Cooper’s “Jackson Maine” and Lady Gaga’s “Ally”. Maybe this is what makes this movie so magical – the fact that everytime this story is told, while the foundations and themes are the same, the story always ends up different. I had not seen any of the original versions but after doing a bit of research, I found out that none of them followed the exact same plotline. They didn’t even all have the same character names!

This latest version is set in a contemporary world. Jackson Maine is a troubled musician, a true blue rockstar who ticks every single stereotype of the word. Ally is a struggling artist who has somewhat given up on her dreams of being a musician. By day she works in a restaurant (every artist can relate to this scenario of taking day jobs to pay the bills while we hustle to make it big), and at night she performs in drag bars. Jackson discovers Ally and as her star rises we see his decline. 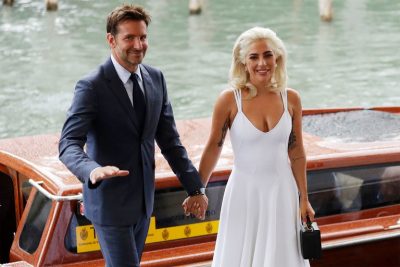 I liked it but I expected more. The more I think about it, the more frustrated I am about how it all ended. The movie started off strong but the middle made me feel a bit restless. It’s a long movie (2 hrs 15 min to be exact) and I felt that it was gratuitous to keep dwelling on Jack spiralling down. To me that wasn’t the story. I would have loved to know more about Ally’s life. Even though it’s 2018 and more women are at the forefront of their own stories, I still feel like the film carried over its past patriarchal ideologies in this version. Ally’s life seem to only center around a man, whether that’s Jack or her father. Her career was only a second priority. And even though there were a few scenes with her and her friends, it still feels like those scenes were only focussed on Jack and not really on her.

I wanted her backstory. I wanted to get to know her as a person, her hopes and dreams deeper than what was explored. I wanted to know the family dynamics and her relationship with her dad. All throughout the film we only know her as “Ally” – no last name or even a clue to what it is. Then in the end she introduces herself as Ally Maine. She didn’t even have her own identity beyond Jack.

I think not showing her full character development did this film a disservice, especially considering how it ended. I didn’t feel as strong of an emotional connection as what I should have felt after that climax. The last 20 minutes is intense and while I’m a highly emotional person who cries over everything, I felt nothing once the credit rolled. Well, maybe not nothing because I’m not a heartless person, but I didn’t feel what the movie was probably hoping it would make me feel towards the end. I couldn’t help but think that it was a complete waste of a roller coaster and that the events that happened to get us to that ending was all for nothing.

I also think the contemporary setting could have been embedded more in the film, perhaps incorporating the modern way we consume ‘celebrity’ these days. Sure there were mentions of YouTube and algorithms in a heartwarming scene between Ally’s dad and her friends, but where were the celebrity gossip blogs? The depiction of Instagram and it’s relationship to the overall celebrity culture and identity? I think incorporating those would have really left a mark as a very 2018 thing to do so that when we watch it in the future before it gets remade again, we can feel nostalgic for 2018 and how the world was back in that era.

All this being said, though, I feel like I’m one of the only few people to share this opinion of liking the film but not really loving it as much as I thought I would. So far on social media all I see are people raving about it, talking about how it’s the best movie of the year etc etc. To each their own, I guess. It IS a must-see though purely for the acting (Bradley and Gaga are sensational in this film, their chemistry so believable and genuine that I forgot she was the Lady Gaga for most of the film), the gorgeous cinematography, and Anthony Ramos’ portrayal of Ally’s loyal bestfriend Ramon.

Then there’s the soundtrack. All original, mostly written and performed by Bradley Cooper and Lady Gaga. The music feels organic to the film and I think if I had listened to the songs before I had seen it, I probably would have been more connected to the film. I’m planning to see the it again, this time more familiar with the songs. It might change my view of the film. The like might just turn into love. After all, if I’ve learnt anything from this movie, it’s that a song can change someone’s life and that music and love are two of the most powerful, magical forces in our human experience.

A Star Is Born opens in New Zealand on Thursday, 18 November. Watch the trailer here.

Journal Prompts While in Lockdown

The mid-year check in you need right now

How to make the most of winter