You’ve likely officially made it past the back-to-work-after-eating-lots-of-Pavlova situation, so it’s time to settle in for what is set to be another great year of all things entertainment.

This February we check out music from Maren Morris, books from a girl boss, a new flick to see and new tunes for your playlist. Music: Maren Morris
Maren Morris has had a big year from performing in her hometown stadium with Taylor Swift and joining Niall Horan on his tour down-under (including Auckland where she was incredible) to nabbing her first number one radio single with I Could Use a Love Songand then picking up a Billboard Music Award rounds out just a couple of Maren’s accomplishments in 2018. Maren has also recently announced she will be jetting to our shores once again, this time with her own headline shows in Auckland and Christchurch via Girl: The World Tour in August. Travel: Sydney
Visiting our mates across the ditch may not have been on the top of your travel list but it’s definitely the spot for a week or weekend getaway. The busy city is only a couple of hours away by flight with heaps on offer when you land in the NSW metropolis. Whether you get out and about and walk across the harbour bridge (as if it’s any other road!), enjoy the sights of the Opera House, taste your way through the city (recommend Pancakes on the Rocks) or take in the entertainment on offer, it will be a fun getaway. Book: Girl, Wash Your Face – Rachel Hollis
I stumbled across Rachel Hollis’motivational book as I was searching for a new summer read. As I read more about the girl boss behind the words, I saw why the speaker had a #1 New York Times Bestseller. She juggles motherhood, being a wife and founder + CCO and writes simply around the topic ‘stop believing the lies about who you are so you can become who you were meant to be.’Fans of the Girl, Wash Your Facebook don’t have to wait too much longer for more witty wisdom as Rachel’s new book Girl, Stop Apologizingis out in March. 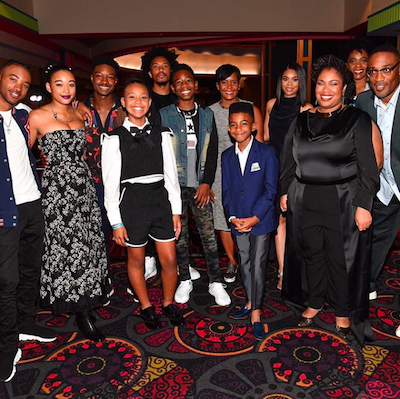 Film: The Hate U Give
Everything, Everythingactress Amandla Stenberg leads this powerful movie after witnessing the death of her unarmed best friend by a police officer. The Next Step’s Lamar Johnson, Regina Hall, Common and kiwi Riverdalestar KJ Apa form part of the cast who bring the best-selling book to the big screen. After rave reviews internationally, The Hate U Givehas finally touched down in NZ cinemas so kiwi audiences can see the flick on the big screen.

Playlist: I’ve been listening to…
* Sue Me – Sabrina Carpenter “My advice to you is the same that I give myself: decorate your life with hearts that make you stronger.”– Debby Ryan Jenny Suo is changing the face of journalism and we are so here for it!